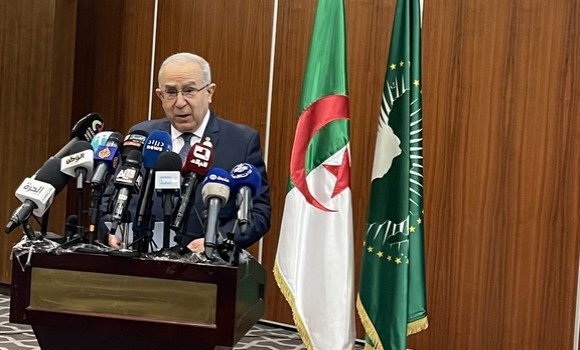 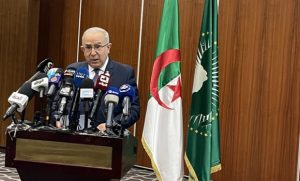 The Morocco-Israel military alliance reflects the junction of two forms of territorial expansionism driven by the denial of the existence of their victims robbed of their inalienable rights,” said Friday the Minister of Foreign Affairs and National Community Abroad.

“The misguidance of Morocco highlights an unprecedented push of a creeping Israeli hegemony,” explained the Minister of Foreign Affairs and National Community Abroad in a statement to the national daily Crésus on the sidelines of the 8th High-Level Seminar on Peace and Security in Africa held since yesterday in Oran.

“Each step the Moroccan authorities make in this noxious military alliance distances them from Algeria and its people,” said the FM.

Regarding the false allegations that some Moroccan media attribute to him concerning alleged political gains for the Sahrawi Arab Democratic Republic (SADR) under the summit held in Oran and the next Arab League summit, scheduled in Algiers, Lamamra said that Morocco was fixated on the Western Sahara and Algeria, which distorts its judgments.

“The Moroccan mono-diplomacy, which is fixed on Western Sahara and Algeria, does not understand that Algerian diplomacy is so multidimensional, multifunctional and in the service of multiple noble goals,” he stressed.

Algeria hosts since yesterday in Oran the work of the 8th High-Level Seminar on Peace and Security, organized by the African Union (AU) under the theme: “Helping new African members of the UN Security Council to prepare to address issues of peace and security.”