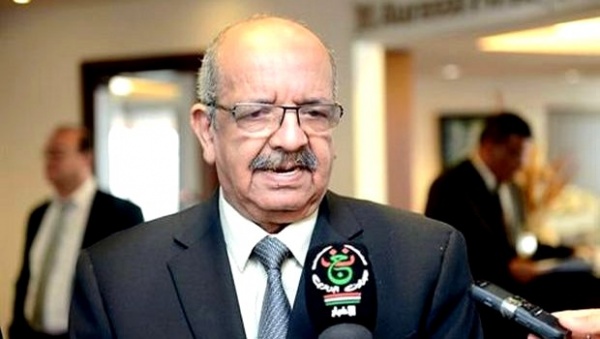 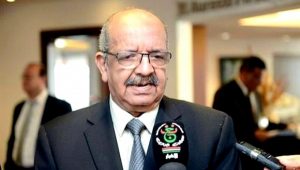 Minister of Maghreb Affairs, the African Union and the Arab League Abdelkader Messahel stressed Thursday in Zentan (west of Libya) he was “bearer of a message of hope” from Algeria, which hopes terrorism tragedy won’t reoccur in Libya.
In a speech before notables of the region of Zentan and local officials, Messahel affirmed he came to Libya “bearing a message of hope from the Algerian people and President of the Republic, Mujaheed Abdelaziz Bouteflika to all Libyans given Algeria’s painful experience in counterterrorism, stressing that “Algeria hopes terrorism tragedy will not reoccur elsewhere, especially in Libya, a neighbouring and brotherly country.”
“I would like to thank you for the warm welcome you have given me and express my pride to be here among my brothers in Zentan including notables, officials and mujahedeen of this dear country, whose blood mingled with Algerians’ one during our struggle against then French colonizer,” stated Messahel before the population that came to welcome him.
After he affirmed that there would be no solution to the crisis without dialogue between Libyans, Messahel said he was confident in the Libyans’ ability to turn the page of violence. “In Libya, there are women and men able to rebuild the country through dialogue, political solutions and national reconciliation between the components of the Libyan people, without any exclusivity or marginalization.”
Recalling President Bouteflika’s efforts to build Algeria and entrench stability through the law on “Rahma” (Mercy), the low on Civil Concorde and the national referendum on national reconciliation, Messahel said “thanks to this judicious policy, Algeria enjoys peace, security and stability today.”
Libyans have to address many issues particularly national reconciliation, he affirmed, stressing “that dialogue has to bring together Libyans and has to take place in Libya and not abroad. Only Libyans can build their country’s future”
Messahel and the delegation accompanying him met with members of the Communal Assembly of Zentan, a representative of the Committee for national dialogue and a representative of the Supreme Council of Tribes.