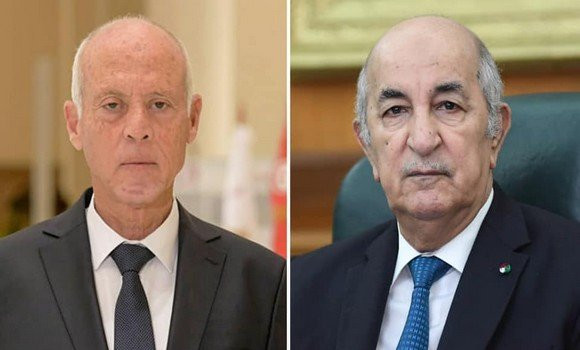 President of the Republic, Abdelmadjid Tebboune, received, Friday evening, a phone call from his Tunisian counterpart, Kaïs Saïed, said the Presidency of the Republic in a statement.

“President of the Republic, Abdelmadjid Tebboune received, Friday evening, a phone call from his brother Kaïs Saïed, President of the Republic of Tunisia, with whom he discussed various issues of common interest, reiterating the strengthening of bilateral relations between the two countries, in the best interests of the two brotherly peoples,” the source said.

“The two presidents further expressed their satisfaction with the joint decision to reopen the land borders between Algeria and Tunisia to foster exchanges between the two brotherly peoples and strengthen the relations of friendship and fraternity between the two countries,” the source concluded.