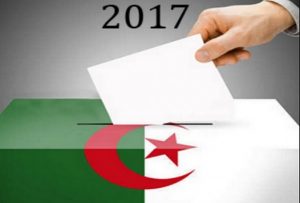 On the fourth day of the campaign for the legislative elections of 4 May, party leaders have continued to present their programmes, stressing the need to improve the socioeconomic conditions of citizens, especially the youth, and called to go massively to polls.
In this regard, the secretary general of the National Democratic Rally (RND) Ahmed Ouyahia, from the culture centre of Batna (435-km east of Algiers), underlined the need to preserve the country’s unity and stability, highlighting the economic development programmes launched by the State over the past years.
Ouyahia also reiterated his support to President of the Republic Abdelaziz Bouteflika, as well as to the economic development, reduction of dependence on hydrocarbon and protection of national interests.
During a meeting in Souk Ahras (600-km east of Algiers), the leader of El Moustakbel Front, Abdelaziz Belaid, said that his party has developed a “coherent vision of society and an election programme with a clear vision for the future of the country.”
He added that his party’s programme encompasses proposals for the main sectors, especially health, education and justice reform.
In the province of Boumerdes (50-km east of Algiers), the leader of the National Republican Alliance, Belkacem Sahli, emphasized the national and territorial unity as well as the Republican nature of the State, which protects the social gains of Algerian citizens.
The leader of Ennahda party, member of “Ennahda-ElAddala-El Binaa” alliance, Mohamed Douibi, said from Ain Temouchent (470-km west of Algiers) that the upcoming elections would be an opportunity to start building “strong institutions capable of resisting the change of leaders and policies.”
In a meeting in Batna (435-km east of Algiers), the leader of Tajamoue Amal El Djazair (TAJ), Amar Ghoul, said that his party has an alternative programme for Algeria and its citizens.
His programme aims at ensuring economic and political development and meeting the main needs of citizens, especially in terms of housing, employment and transport, he explained.
From Mohamed-Laid-Al-Khalifa Culture Centre in Constantine (431-km east of Algiers), the Secretary General of the Workers’ Party (PT), Louisa Hanoune, invited citizens to vote for her party for much stronger representation in the Parliament, with a view to protecting Algerian people’s gains.
In Ain Sefra in the province Naama (600-km southwest of Algiers), the leader of El Karama party, Mohamed Benhamou, said that the upcoming legislative elections would open prospects for a new political scene, which will be able to cope with the socioeconomic challenges.
Benhamou also underlined the need to build a strong economy, based on the development of productive investment, especially in the High Plateaux and the South.