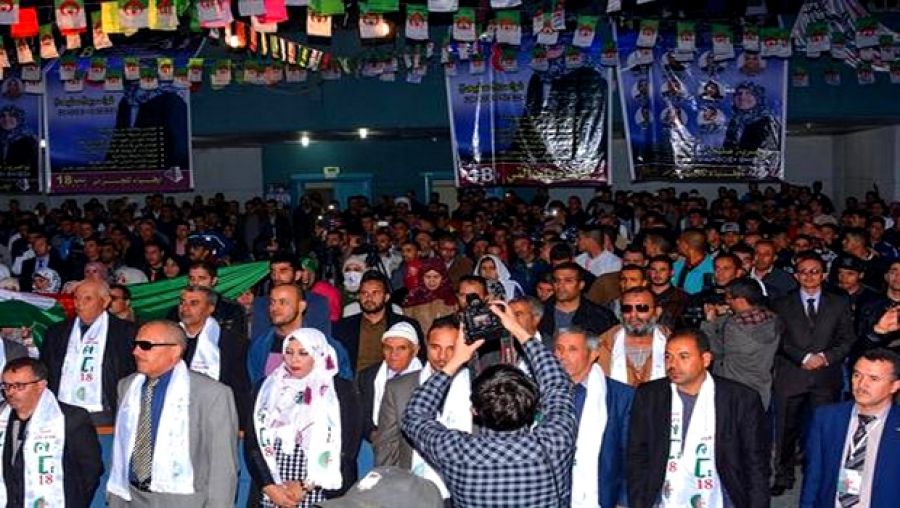 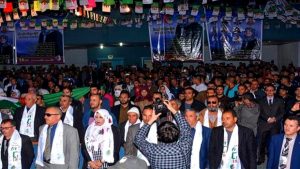 The economic development through major industrial and agricultural investments and the social justice have been the main topics addressed by the political party leaders on Tuesday, the third day of the campaign of 4 May legislative elections.
Holding a public meeting in the province of Bouira (122km east of Algiers), General Secretary of the National Liberation Front party (FLN), Djamel Ould Abbes, renewed the party’s “commitment” to defend the social gains, such as free education and health and subsidy of the basic food products.
Ould Abbes detailed the party programme which, he said, “is drawn on the programme of the President.”
In another meeting held in Boumerdes (50 km east of the capital), Ould Abbes said that the FLN party lists for the forthcoming elections gave priority to young and graduated candidates.
Ahmed Ouyahia, general secretary of the National Democratic Rally (RND), for his part, stressed during a meeting in El-Oued (600 km southeast of Algiers) that the liberation of the national economy from dependence on hydrocarbons and its diversification required “the promotion of Investments through the elaboration of a comprehensive strategy.”
“The State institutions are now obliged, more than ever, to create a favorable climate for developers to boost productive investment,” Ouyahia insisted.
Developing a focused approach, President of Tajamoue Amel El Djazair party (TAJ), Amar Ghoul, unveiled in a meeting in M’sila (248km south of Algiers) that his party had worked out a “special” economic programme based on the agricultural development.
He promised that TAJ would work to extend as quickly as possible the areas of cultivable irrigated land in this province and to make of it a hub of agricultural production.
The Labour Party (PT) General Secretary Louisa Hanoune said in Mila (about 400 km east of Algiers) that the participation in the next elections was a way of “activism in favor of peaceful change.”
In a meeting in Grarem Gouga in Mila, Hanoune urged the citizens to vote for her party which aspires to be an “active parliamentary bloc, capable of preserving the achievements of Algeria, the workers and the public sector.”
From Guelma (537km east of Algiers), the head of the Algerian Popular Movement (MPA), Amara Benyounes called on all the forces of the society to contribute to the country’s development.
The year 2017 must mark the beginning of the “labour society” and young people must “hold sacred the work whatever its nature, as long as it contributes to the development of the country,” he said.
Speaking in Medea (91 km west of Algiers), Hamza Boucherma, chairman of the Youth Party (PJ), said that his party’s programme proposes an increase of the national guaranteed minimum wage (SNMG), up to DZD50,000.
As for him, President of the Front of New Algeria (FAN), Djamel Ben Abdeslam, said in Chlef (208 km west of Algiers) that his party endeavors for “the building of a new Algeria,” with a “parliament, which is representative of the Algerian people and a strong  government able to achive their aspirations.”