Algeria-Italy: Convergence of views on all issues of common interest 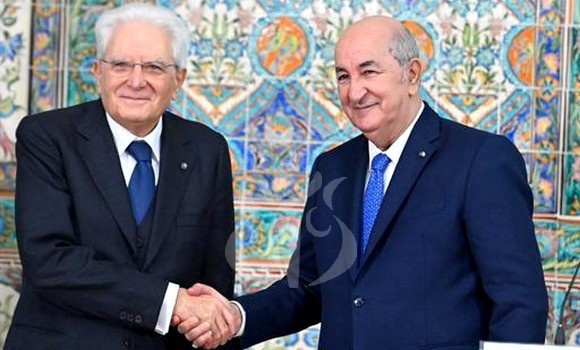 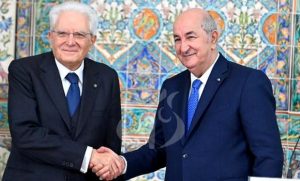 President of the Republic Abdelmadjid Tebboune underlined Saturday, in Algiers, a convergence of views between Algeria and Italy on all the issues of common interest, affirming that the relations between the two countries are “strong” and will be “strengthened in the very near future.”

“We have agreed on everything,” President of the Republic told the press following a meeting with his Italian counterpart Sergio Mattarella, on a State visit to Algeria.

Holding a joint press briefing with Mattarela, President Tebboune affirmed that the relations between the two countries are “strong and will be strengthened in the very near future.”

On this occasion, he noted a convergence of views between Algeria and Italy in the economic cooperation, notably in the field of small and medium-sized enterprises.

In this respect, President Tebboune said he is “optimistic” that the next Algerian-Italian High Committee meeting will culminate in “positive results that could be applied on the ground.”

Concerning the strengthening of the Algerian industry, notably that related to the small and medium-sized enterprises, he pointed out that two deputy ministers have already gone to Italy, namely those of small-scale industry and of startups.

The Head of State hailed the strong friendship relations between the two countries.

He pointed out that these relations are “very long-standing” and had strengthened during the national liberation war, without forgetting the aid Italy provided to Algeria during the black decade, “one of the rare countries that supported us” at that time, he said.

President of the Republic Abdelmadjid Tebboune said he broached with his Italian counterpart regional and international issues of common interest, pointing out a convergence of views notably on the Libyan issue.